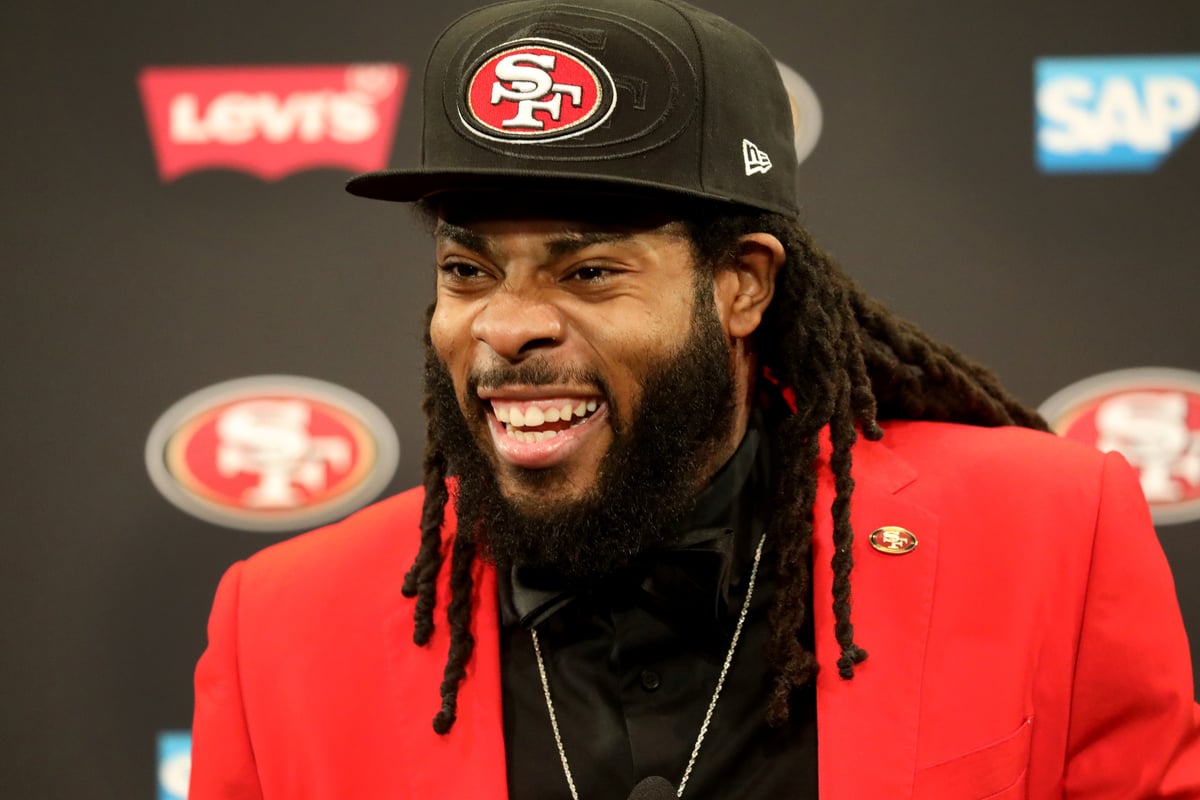 Richard Sherman Shouldn't Negotiate His Own Sale, and Neither Should You

The Boston Globe recently published a well-written article titled, "Richard Sherman's Five Missteps in Negotiating His Contract with the 49ers."  The article is about an athlete who decides that he will take charge of his "business", in this case the franchise of himself and negotiate a contract without the assistance of an advisor.

We write articles all the time about the dangers of company owners negotiating on their own to sell their business, but as the article points out, the danger extends to anyone who decides to negotiate solo against a group that is far more experienced.

Let's look at Richard Sherman's errors and how they might compare to business owners contemplating a sale.

1) He Didn't Play the Field

Ben Volin of the Boston globe writes, "Sherman was released at 1 p.m. Pacific time Friday. By Friday night, he was in San Jose, joined by his fiancée for dinner with 49ers coach Kyle Shanahan and Shanahan’s wife. By noon Saturday, Sherman and his fiancée were negotiating a contract with general manager John Lynch and cap expert Paraag Marathe."

This is a lot like a business owner who decides to talk to only one buyer.  When you deal with only one party, you give away your negotiating leverage.  You lose the ability to walk away from a transaction when the buyer knows that you don't have any immediate options.  An M&A advisor would help you run a sales process that would include multiple buyers and keep the leverage in your court.  Richard Sherman needed to take the time to create demand for his brand and you do too.

2) He's Not an Experienced Negotiator

“I spent maybe 10, 12 hours reading all these contracts and studying the contract language,” Sherman said.  Marathe, meanwhile, spends 365 days a year thinking about contracts. And he has done it for about a decade now with the 49ers.

Business owners hear stories at the golf club about what other people sold businesses for and sometimes they do a little research on recent sales in their industry.  This is absolutely the equivalent of Richard Sherman spending 12 hours reading contracts.  Buyers are going to be better at buying than you are at selling.  They have done this before, sometimes many times over and for most business owners, they will sell a business once in their lifetime.  You need an advisor on your side to level the playing field.

Volin writes, "Confidence is good on the football field, but foolish at the negotiating table" and he is absolutely right.

It is almost impossible for business owners to remain emotionally neutral when negotiating the sale of their business.  Entrepreneurs who are in a position to sell have been successful in many ways and are talented business people.  That talent doesn't necessarily translate to being a good negotiator.  Once a buyer knows that he or she has gotten to your emotional core, they know they have an advantage.

4) Sweet Talk Today Does Not Create a Good Deal Tomorrow

"Lynch and Marathe bent over backward praising Sherman, to the point that they were basically patronizing him," writes Volin.

When buyers call on business owners they often begin the conversation with high praise, wild valuations and promises of a transaction that will be quick and painless.  I have yet to see a buyer deliver on these promises.  An unrepresented business owner can hear these things and think they are dealing with the nicest buyers in the world.  Business owners tell us, "they were really interested", "they seem to get my business" and "they sat down and talked over a beer!"  Buyers know that a little flattery can warm a buyer up to the point where they can almost feel badly if they don't do a deal with them.

You might not be an NFL corner back, but if you own a business you too have a brand and a reputation to protect.  Richard Sherman shouldn't have represented himself when negotiating with the 49ers and an owner thinking of selling his business shouldn't represent him or herself either.  A business owner cannot accumulate the knowledge and experience necessary to complete a transaction that extracts the most value.  An advisor might seem like an extra expense, but they will pay for themselves in the end.

Written by Tammie Miller
Tammie Miller has spent more than 25 years in investment banking with an extensive background in healthcare, business process outsourcing, manufacturing, industrial services and food ingredients. She began her career in the heart of Wall St. with Lehman Brothers where she worked with the Mergers and Acquisitions team. She also worked with other well-known banks including Alex. Brown & Sons, Kidder Peabody and Grace Matthews. In addition to investment banking, Tammie also brings operating experience to the table. While she was part of Cobalt Corporation (formerly Blue Cross Blue Shield of Wisconsin), she served as Senior Vice President of Operations of Innovative Resource Group (now APS Healthcare) where she was responsible for over 400 employees and $50 million of revenue. Tammie is a Chartered Financial Analyst and holds a BA and an MBA from the University of Chicago. She is a mother of three and wishes she had time for hobbies.

Why Is Everyone a Closet Investment Banker?