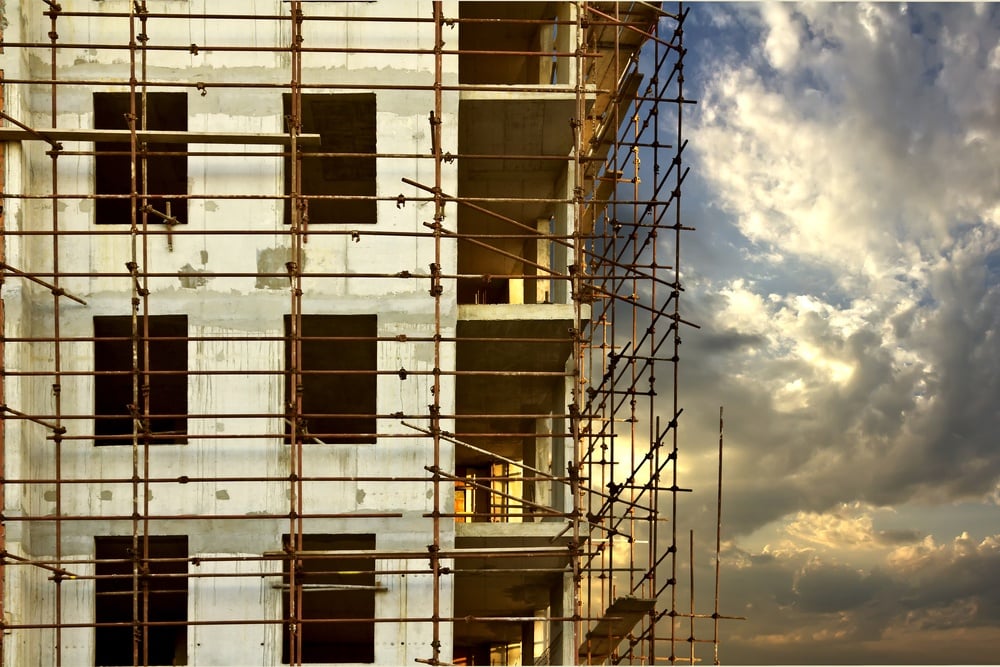 The State of the Scaffolding Industry Playbook

With all the recent M&A activity, you can’t tell the players without a scorecard

Following my most recent articles on Brock, I received feedback from a number of long time industrial service/scaffolding vets along the lines of “In my 37 years in this industry, I have never seen this much M&A activity”. While the current consolidation activity does not rival the number of transactions from roughly 2006-08, a period where Brock completed 7 sizable transactions after being acquired by Lindsay Goldberg and Brand completed 9 acquisitions (if you include Aluma in 2005) before being acquired by First Reserve in 2007, the recent acquisitions have certainly changed the competitive landscape of the industry.

I thought it might be helpful to review the recent M&A activity to understand where the current ownership of the major providers stands and what might be ahead for each of them.

The most recent run of consolidations in the industrial services industry started back in June, 2013 when private equity house, Clayton Dubilier & Rice (CD&R) acquired both Brand (~$1.9B purchase price ) and the infrastructure division of Harsco (~$500M purchase price). Perhaps CD&R could already see the future combination with Safway or potentially Brock, but this purchase and merger of two industrial service behemoths was a challenge from the start. Brand was just coming off a successful run under First Reserve's ownership and was a fairly well-run company. Imagine the surprise when Brand showed up at its new owner (CD&R) and was faced with having Harsco Infrastructure as its dance partner. That was an arranged marriage that Brand didn’t have much say in and it ultimately lead to their decline.

The Harsco operations (primarily Patent and SGB), while having two of the best brands in the industry, had been a performance nightmare for close to a decade. While this gave the combined entity a worldwide presence, it also thrust the Brand team into a stiff integration challenge. Harsco brought with it areas of service that Brand never really liked (commercial scaffolding, forming, and shoring) and service areas where it had little experience (Europe and world-wide). These challenges proved insurmountable and continually had Brand trying to fit Harsco's square peg entities into the Brand round hole. The integration just wasn’t working. Synergies that were promised weren’t being captured and performance was lacking. A classic case of a solid company (Brand) being dragged down by weak one (Harsco).

In rides Safway to the rescue. CD&R needed to make a move to save its initial investment and cast the entity in the right direction. In Safway, CD&R got a company with solid systems established over 20+ years of steady growth. It will be a test to see if Safway’s systems are strong enough to overcome the Harsco challenges and whether management can keep the best of both Brand and Safway to make the combined entity a force.

On the road to its ultimate new home at CD&R, Safway followed the standard playbook of completing a number of larger acquisitions (Mobley and SafeWorks) in an effort to run up “proforma” EBITDA and increase its ultimate sales price based on selling for a higher multiple of earnings than it had paid for the acquisitions. While that part of the equation was successful for Safway, the integration of those two late additions has been a challenge, leading many to question whether they will ultimately be as accretive as promised.

The new combined entity, BrandSafway, will have revenue of over $5 billion and continues to make integration progress. BandSafway has decided to organize the management of the business on a union/non-union basis. It will be interesting to watch in the early months of 2018 how certain internal changes will be digested and how they will be received by the current BrandSafway workforce. I think some of the contemplated changes, specifically related to compensation, may cause issues in the first quarter or two of 2018. I still look for BrandSafway to explore an IPO, which, if completed, will likely be successful out of the gate, but will be challenged to maintain long-term success as investors grow to understand the business, and competitors adapt to compete with the larger entity.

The recent acquisition of Brock by American Industrial Partners (AIP) brought an end to the disappointing ownership by private equity group Lindsay Goldberg. Long-viewed as a conglomerate of acquisitions, Brock was never able to fully integrate its parts and find the right leader to deliver consistent results (see Brace, below, for the next possible Brock-like situation).

While the acquisition by AIP may improve Brock’s balance sheet, make no mistake, Brock is a seriously flawed business that must fix operational, management, and performance challenges if it hopes to avoid further decline. These challenges are present in nearly every aspect of the Brock business, but Brock also suffers from a challenge that nearly every private equity owned industrial service provider has had to go through: the transition from industry grown management to professional / PE supported management.

And herein lies the growth-minded private equity challenge. Anytime a private equity group buys an industrial services business and grows through acquisition, they are creating a dilemma because they must ask managers who have come with the acquired business to run a larger entity, often with many problematic integration issues. Very few managers can take a business from $100 million to a $1.0 billion. PE is then forced to bring in a manger with experience running larger organizations and skilled in integration. The challenge here is to maintain touch with the underlying business and the customers. This is a difficult choice; do I pick a more skilled manger that doesn’t have industry experience or an industry manager who might not have the requisite management talent? This was always an obstacle for Brock, Harsco and at times, Brand.

AIP will need to instill discipline at the operations level and get back to servicing its customers. I know these are catchy management phrases but they are difficult to put into practice. If they fail, others are waiting in the wings to pick up the pieces.

Shortly before the BrandSafway merger, Quantum Capital acquired Apache Industrial Services (Apache) and merged it into Skyway Canada, which Quantum had acquired in 2007 for $84 million. Quantum is the PE arm of Canadian-Australian businessman, Jack Cowin. In buying Apache, Quantum acquired a business with nearly $400 million of revenue and adjusted EBITDA of around $40 million, creating a combined entity with nearly $500 of revenue and $50 of EBITDA. After buying Apache for a very full price in an auction, Quantum took the unusual step of immediately looking for an investment partner. These efforts were hampered by sub-par performance from Apache immediately following the completion of the transaction.

Apache, which had experienced rapid growth over the recent years due to a run up in insulation, scaffolding, and coatings, is now left with a business heavily concentrated in the Gulf Coast and Canada. Apache has hired some seasoned industry executives to explore growth in the union-dominated northern half of the U.S. However, it is unclear where this growth will come from given that Quantum does not seem comfortable with its initial investment in the acquisition (considering it tried to bring in an equity partner). Will it now be willing to invest in an acquisition in the Midwest? This is unlikely unless performance starts to approach the results anticipated when the acquisition was closed earlier this year.

Brace is the classic story of “getting the band back together” only this time with disappointing results. Private equity player Sterling Partners (Chicago) had a successful investment and exit in the scaffolding industry. Once management became available following the expiration of some non-competes, they tried to replicate their previous success with the formation of Brace. Straight out of the PE playbook, Sterling decided to do a roll up of industrial service and scaffolding companies (8-9 acquisitions) throughout the U.S. As a result, Brace has an extensive branch footprint, but little in the way of integration. In addition, the roll up was done with a focus on debt financing and the failure to inject additional capital into the business has stymied any growth. Along the way they have swapped out management and have been in and out of the market looking for a buyer. Brace may be plagued by the same affliction that infected Brock. Sterling likely doesn't want to sell and take a loss. They better be careful, that can create bigger losses if performance doesn’t improve.

Looking to the Future

Obviously given its performance, Brace is a possible acquisition candidate and is likely to transact if they are willing to take a haircut on their investment. Given that Apache was already in the marketplace looking for a financial partner, they may be in play too. It would be hard to imagine a strategic buyer entertaining a partial investment in Apache, so that likely means a new private equity player will join the mix.

I expect to see BrandSafway continue to work on its integration while pursuing solid, core focused acquisitions that will allow them to take advantage of valuation multiple accretion (buy companies at 6 times and sell at 10 times) should they go public.

Brock will likely continue to work internally to tighten up its operations before looking to take advantage of the unrest caused by the BrandSafway mega-merger. One thing is certain, 2018 shapes up to be very interesting, especially when you consider some of the second-tier providers and some of the things they are trying to accomplish (next article, maybe). 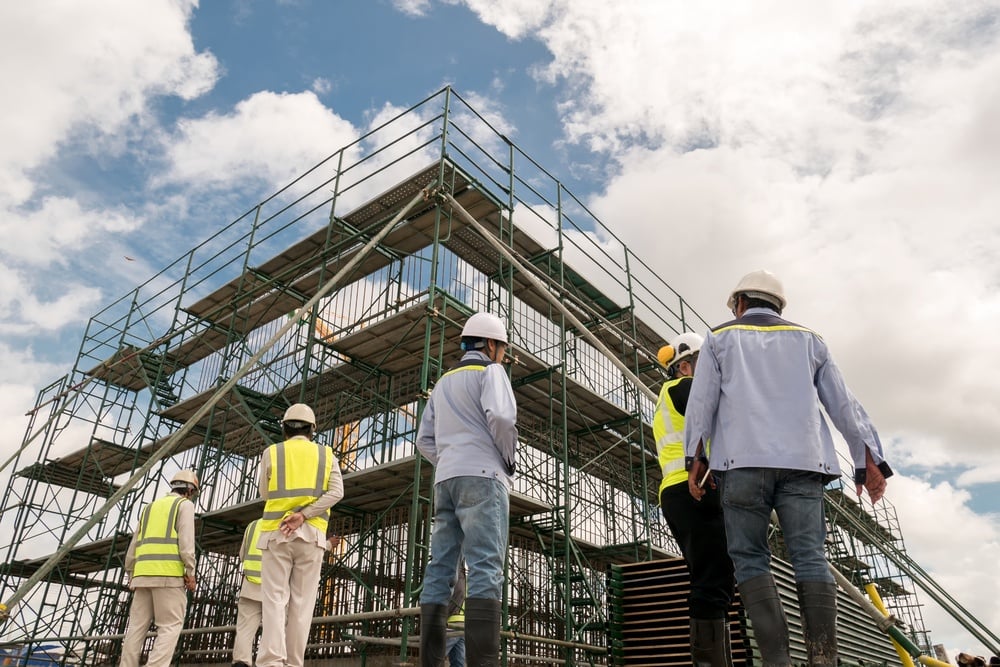 The State of the Scaffolding Industry: Q1 2018 Update